The first world meeting to prepare the confluence will take place in Barcelona on 5, 6 and 7 April 2019

The World Social Forum of Transformative Economies is a process of confluence of the different movements of alternative economies that exist in different parts of the world, both locally and internationally, which we call transforming economies. It is promoted by RIPESS (Intercontinental Network for the Promotion of Social Solidarity Economy), REAS (Spanish Network of Alternative and Solidarity Economy Networks) and XES (Catalan Solidarity Economy Network). Although the impulse is given from networks of the Social Solidarity Economy (SSE), the objective is that other movements join together to make a broader call. The proposal is to structure it with 4 axes of confluence that would also work in confluence: Feminist Economies and with a gender perspective; Agroecological Movement and Food Sovereignty; natural, urban and digital Commons; and The Social and Solidarity Economy, including fair trade, cooperativism and ethical finance. They will address the cross-cutting themes of confluence such as public policies, training and research, as well as the different challenges and objectives arising from the process until the 2020 meeting.

The Forum wants to give public visibility and recognition to the diversity of projects of transforming economies, providing an alternative narrative to confront the hegemonic capitalist discourse, as announced at the last World Social Forum in Salvador de Bahia. The main objective is to bring together social movements and initiatives that share the will to put people and the environment at the center of the economy and to put an end to the economy based on extraction, growth, competitiveness and the market, and that struggle to move towards resilient and collaborative societies.

The confluence process proposes several stages to allow time for the concretion of real confluences at local and international levels, and will crystallize in the thematic World Social Forum on Transformative Economies in Barcelona in the spring of 2020. Next year on 5, 6 and 7 April 2019, a first confluence meeting will be held in Barcelona, being an intermediate step in the process. There, the will develop dynamics aimed at specifying objectives and priorities to be worked on, work plans will be agreed upon and the next steps to be followed will be marked out.

Some organizations and networks transforming each territory are already beginning to organize to discuss the issues and challenges they want to raise forming assemblies of axes and confluence, and make proposals to join the face-to-face meetings in April 2019 and 2020.

With the aim of disseminating the Forum and coordinating the confluences, the website has been activated: www.transformadora.org, from which information and participation in the axes will be channeled. In the coming weeks the membership form will be published for organizations and several materials will be available for dissemination and for animating debates. The different governance spaces will be put in place to include voices of the diversity of movements that work with some form of alternative (transforming) economy. For example, in Catalonia, the territory that will host the 2019 and 2020 meetings, the axes have meetings to define their expectations, objectives and challenges for the Forum, and mapping the different organizations at the local and international levels that are key to the confluence.

At the international level, with the aim of adding more groups, networks and entities to participate in the process, the promoters are presenting the forum at different meetings and events related to transforming economies around the world. Until now, the forum has been presented at the Global Social Economy Forum (ESS Cities in Bilbao, Spain), at the Sharing Cities Congress (the international meeting of pro-common collaborative economies in Barcelona, Spain), at the International Symposium and 4th European Meeting of CSA Movements (Greece), Fà la cosa giusta – European SSE days (Italy), ISCTE-IUL University – SSE and Commons conference (Portugal) and Africities (Morocco).

We call on the diversity of networks, movements and projects that put some form of transforming economies into practice to join the process

In Barcelona, this autumn the promotors have intensified actions related to the preparation of the Forum and its process hiring a working team, organizing the first meeting of the inter-axis assembly and doing several public presentations. The three driving entities of the Forum; Ripess, REAS Network and XES (Xarxa d’Economia Solidària) have formalized their link constituting an association to manage all the activity and information linked to the Forum. Representatives of all of them made a presentation of the Forum at the Fira d’Economia Solidaria de Catalunya (SSE Fair of Catalonia), explaining the process that has been carried out so far, and inviting the organizations to join.

With a view to the first step in April 2019, we call on the diversity of networks, movements and projects that put some form of transforming economies into practice to join the process. For this reason, a document explaining, point by point, how projects, networks, people and organizations can join the process of confluence will be published soon. Visit transformadora.org, follow our Facebook page and Twitter account, or subscribe to our newsletter. 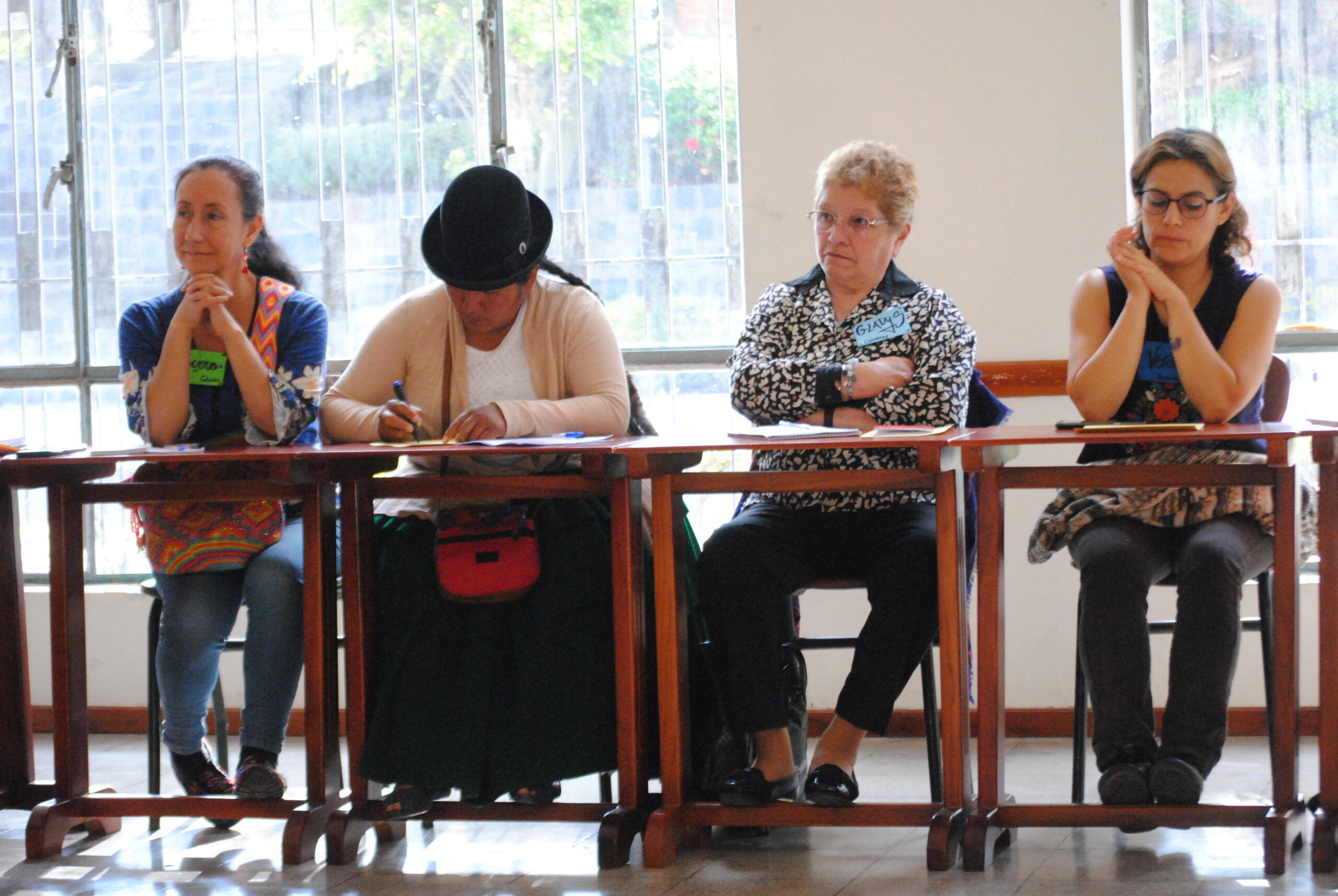